What is Phonological Awareness? 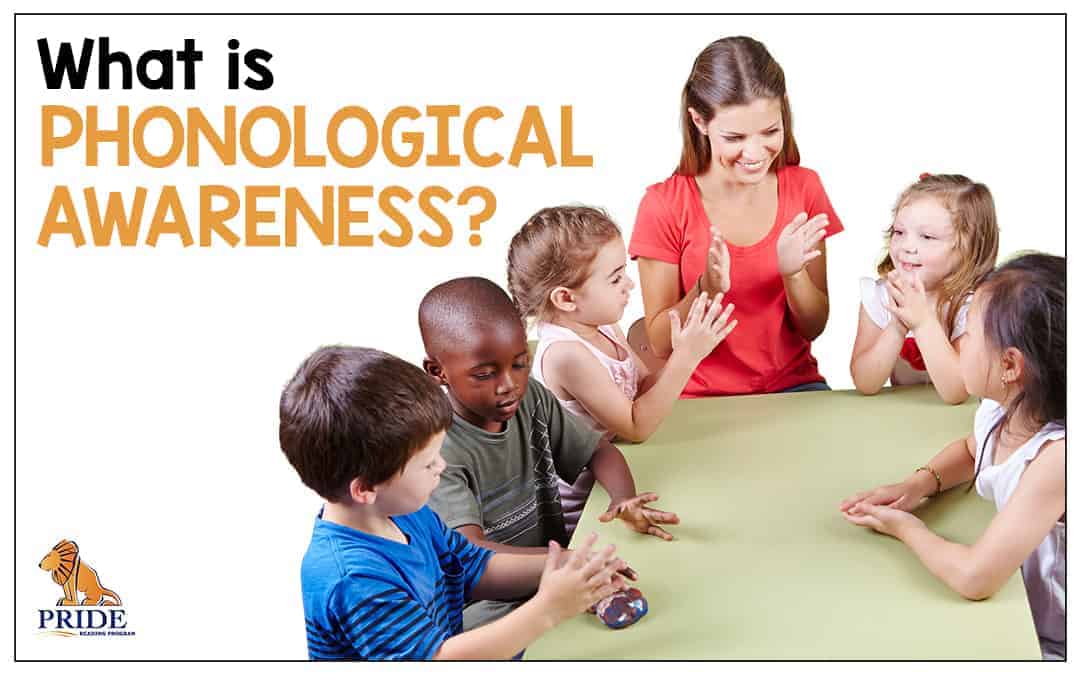 “What is Phonological Awareness?”

Phonological awareness in a child means that they can recognize the sounds, rhythm, and rhyme involving spoken words. You hear it and you speak it.

Research has proven that Phonological awareness is highly related to later success in reading and spelling.

Rhyming is the first step in teaching phonological awareness. Why is rhyming so important? It is important because rhyming draws attention to the different sounds in our language and that words actually come apart.

For example, if your child knows that jig and pig rhyme, they are focused on the ending ig.

In many Orton-Gillingham or Structured Literacy reading programs, students are asked to identify and practice rhyming by manipulating, adding, deleting or substituting sounds in words. Some examples of doing this are:

“Tell me all the words you know that rhyme with the word “hat.”

“Close your eyes. I am going to say 2 words. If they rhyme, raise your hand. If they don’t shake your head.”

You can begin introducing rhymes by reading rhyming stories with your child. Draw attention to the sounds of the rhyme by saying, “I hear rhyming words, dog and bog rhyme!” As you read these rhyming books aloud, you will want to really exaggerate the sound of the rhyming words.

You can also ask your child to predict the next word in the rhyming story, “One berry, two berry, pick me a ______ (child shouts out… blueberry)!

You can find rhyming books at your public library. A few of my favorites are:

Moose on the Loose by C.P. Ochs

A Frog in the Bog by Karma Wilson

Jesse Bear, What Will You Wear? By Nancy White Carlstrom

Breaking up words into syllables or chunks is the second step of teaching phonological awareness.

One activity that helps a child pull apart the syllables in a word is to count them. This can be done by clapping each syllable. You can start by counting (actually clapping) the number of syllables in your child’s own name.  Ja-son (clap, clap).  Jon-a-than.  (clap, clap, clap). You can also clap out the days of the week Tues-day, the months of the year, Sep-tem-ber and fun words like cu-cum-ber or Cin-der-el-la.

If your child is having trouble understanding syllables, try using “chin dropping.” This technique will help your child really “feel” the syllables. Place your hand under your chin. Now, say a multisyllabic word aloud. Every time your chin drops, that is one syllable!

In many Orton-Gillingham or Structured Literacy reading programs, there are 6 different syllable types that the students learn. These are:

These syllables end in a consonant. The vowel has a short vowel sound, like in the word fan. Some examples of closed first syllables are:

These syllables end in a vowel. The vowel has a long sound, like in the word so. Some examples of open first syllables are:

These syllables are found at the end of a word. The final e is silent and makes the vowel in that syllable long, like in the word shake. Some examples of vowel-consonant-e syllables are:

These syllables have two vowels next to each other that make one sound together like in the word boot. Some examples of vowel team syllables are:

These syllables end in -le, like in the word puddle. Some examples of consonant plus -le syllables are:

These syllables contain a vowel followed by an r. The r will change the way the vowel is pronounced, like in the word car. Some example of r-controlled syllables are:

You can ask your child to manipulate the sounds in words:

“Say hop. How many sounds do you hear in the word hop?”

“What is the second sound that you hear in hop?”

“What is the last sound you hear in the word hop?”

I like to use sound tokens. The child listens to a word and then moves the sound token into a box for each sound in the word.

If you are interested in an Orton-Gillingham reading curriculum that is HEAVILY scripted out, requires no training, and is perfect for teachers, tutors, homeschool parents and speech therapists, please check out:

Thank you so much for reading my post today!

Karina Richland, M.A., is the author of the PRIDE Reading Program, a multisensory Orton-Gillingham reading, writing and comprehension curriculum that is available worldwide for parents, tutors, teachers and homeschoolers of struggling readers. Karina has an extensive background in working with students of all ages and various learning modalities. She has spent many years researching learning differences and differentiated teaching practices. You can reach her by email at info@pridereadingprogram.com or visit the website at www.pridereadingprogram.com
Pin154
Share38
Tweet
192 Shares