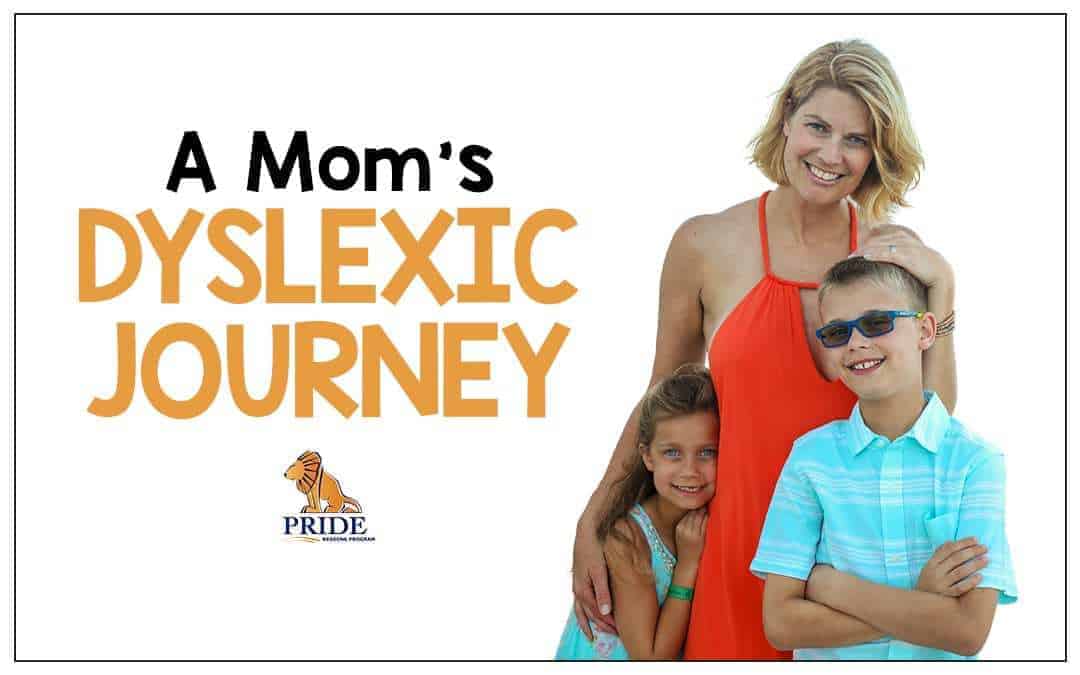 Michelle Tucker from Staying Blonde is the mother of two dyslexic children and she enjoys blogging about her adventures in hopes of helping other parents that are in a similar situation. On this’s post, Michelle shares some of the lessons that she has learned on her personal journey through the world of dyslexia.

How it all Began…

I decided to write this post just in case someone out there is having some of the same school struggles as we’ve had. I want to share our experience, so maybe someone starting this journey will be made aware of some of the things I wish I learned earlier. When we started our journey, I was completely clueless as to what dyslexia truly is — I thought it was nothing more than reading and writing words and letters backwards. This lack of knowledge did not do us any favors through the first three years of my son’s school experience.

Our journey began early on. Toward the end of Kindergarten, my son was put on an IEP (Individualized Education Program) for speech articulation. We already knew he had a slight speech delay as even at 5 years old it was sometimes hard to understand what he was saying. It turned out this was only the beginning.

He was an active little boy, and he had a hard time focusing and sitting still. The school recommended that we perform a Conners Test to assess for ADHD, and the test’s results came back showing that he did fit into the parameters for having ADHD. Even though we had this diagnosis and we had started getting him some extra help and accommodations, he was still not progressing as expected in school.

In second grade the school requested he be assessed again — this time to see if he would qualify to receive special education services for academia in addition to his speech therapy. This next assessment showed that even though he has average to above average intelligence, he was still having problems learning. He did qualify for special education services, and the reason cited on the IEP was “specific learning disability.” We were optimistic knowing that he would now start getting even more help during school in the resource room, and that would hopefully help him catch up.

Everything seemed to be falling into place, but I was actually still a little confused. I didn’t understand why his IEP listed him as having a Specific Learning Disability instead of ADHD. What is “Specific Learning Disability” anyway? I did a little bit of research and found out that The U.S. Department of Education defines specific learning disabilities as disorders affecting psychological processes that compromise a student’s ability to “listen, think, speak, read, write, spell, or to do mathematical calculations.” ADHD falls into the category of “other health impairment.” After reading this, we assumed his learning disability was the result of his ADHD. He was still so young, and at that point we had heard so many stories of late bloomers that we didn’t think to dive deeper. Foolishly, I think my husband and I both held on to the notion that he was also just a late bloomer and the next year everything would magically get better. As you might guess, that wasn’t the case.

We were now already in 3rd grade, and he was being pulled out of class for almost half of the day for both speech and for help in the resource room. The school seemed to be doing all they could to help my child get what he needed, but he still was struggling and falling farther behind. Homework was a nightly battle, and I was having a harder and harder time getting him to focus on our reading each night. I started to watch my little optimistic, fun loving, sweet boy become discouraged, anxious, and depressed. He started seeing the school therapist weekly due to his anxiety.

We eventually hit the point where everyone involved was frustrated. In our IEP meetings we heard everything from, “he just can’t stay focused,”or “we just don’t know what to do” to our favorite response, “he is consistently inconsistent.” These phrases ended up making matters worse, because they made me start to think that maybe my child is just being lazy, doesn’t want to learn, or do the work. These assumptions led to more problems at home and unnecessary punishments, and those eventually led to more anxiety. It’s a vicious cycle.

At the end of 3rd grade and the beginning of 4th grade, my son finally got to the point where he was convinced that he was unable to learn, so he shut down and stopped trying. Unfortunately, no one at school had any more ideas on how to help or what else to do. The next step the school suggested was to put him into a special day class in another school. While they weren’t sure this would help, they were out of ideas. This is where both my husband and I finally put our foot down.

We couldn’t send him somewhere without knowing what is actually wrong or how to help him. Something just didn’t feel right — there was no plan or foundation for making the change. We realized we’d lost control and were culpable for just going with the flow. We should have researched more into what is a specific learning disability instead of assuming it was mostly his ADHD causing the issues. Fast-forward — we later found out his ADHD is actually a thyroid problem and not ADHD, but that is for another post! We couldn’t keep shuffling him around, letting him fail, and watching his self esteem break down. We needed answers before trying anything else.

It was in the following weeks, over a glass of wine with my neighbor, when everything changed. She was telling me how her daughter was recently diagnosed dyslexia. She talked about the tutoring she was getting to help her daughter and that it was helping. I had heard of dyslexia, but as I said earlier, I knew nothing about it. As she was explaining the symptoms and signs, I almost couldn’t believe the words that were coming out of her mouth — she was describing what my son was dealing with to a tee. The very next day I was on the phone scheduling a screening. The results came back telling us that he has moderate-to-severe dyslexia. Further, we learned he also has what is called dysgraphia, a learning disability that affects writing abilities.

We realized we couldn’t do this alone anymore. We needed professional help and advice to make up for lost time and to get him on the right track— so we hired an advocate. The next school meeting we had was at the beginning of 4th grade. This time we came armed with the screening results, our advocate, and best of all, knowledge. From here on out our IEP meetings would never be the same.

Even today it still baffles me that in 3 years of endless meetings, so many meetings, not one single educator had ever brought up the word dyslexia. It’s as if it didn’t exist. How could someone not have known that dyslexia might have been the issue and that there are proven ways to help teach dyslexics? Instead, and despite all of the hours in meetings, my child’s educational struggles were discovered because of a random chance conversation over a glass of wine. I wish I would have stumbled upon this information earlier. I wish we had not blindly followed the guidance of the school just hoping for the best because clearly “they know best.” Research has proven that early intervention won’t cure dyslexia, but detecting it combined with the right teaching techniques will help a child become a proficient reader. Because all other learning, from math to science to everything else, is predicated on the ability to read and comprehend the content, becoming a reader is critical. Moreover, catching dyslexia early will help the child dodge many other struggles and obstacles later on.

After learning about and beginning to understand dyslexia, we knew to get our daughter screened for it as soon as we realized she was exhibiting many of the telltale signs for it. One major insight was that dyslexia often runs in families. Our daughter was diagnosed with it much earlier, and we had already started getting her the help she needed in the first grade. By starting her intervention early, she has been able to progress much more quickly than our son, who was finally receiving the appropriate intervention nearing the end of 4th grade. So many lost years where he should have been just another eager little learner but instead went to school to feel far less successful than those around him.

They are both now on the right track and continuously progressing. We ended up putting my son into the special day class for his 5th grade year, finally having a plan for what he needed to learn and what accommodations worked best for him. He is receiving Orton-Gillingham based tutoring through the Pride Reading Program, which is a multi-sensory way of teaching dyslexics to read, write, spell and comprehend.

Slowly but surely, I am watching him grow his confidence back and feel better about himself. I know this is by no means the end; however, this has been our journey thus far — what a ride it has been.

Below is list of signs of dyslexia in kids for ages Preschool through Teens. I found this list on www.understood.org, which is a great resource for anyone with questions about dyslexia and other learning disabilities. If you see these signs in your child, it is so worth getting them screened. With Dyslexia and other learning disabilities, we have learned that early intervention is key.

Signs of Dyslexia in Preschool

Signs of Dyslexia in Grades K-2

Signs of Dyslexia in Grades 3-5

Signs of Dyslexia in Teens and Tweens

Michelle is the mother of two fantastic dyslexic kids who is navigating the trials and tribulations of parenthood and life over 40. Once a reporter, now turned blogger, she shares her experiences and tips on everything from family life to dealing with learning disabilities. When she is not chasing her kids or helping with homework, you can find her on her blog at stayingblonde.com 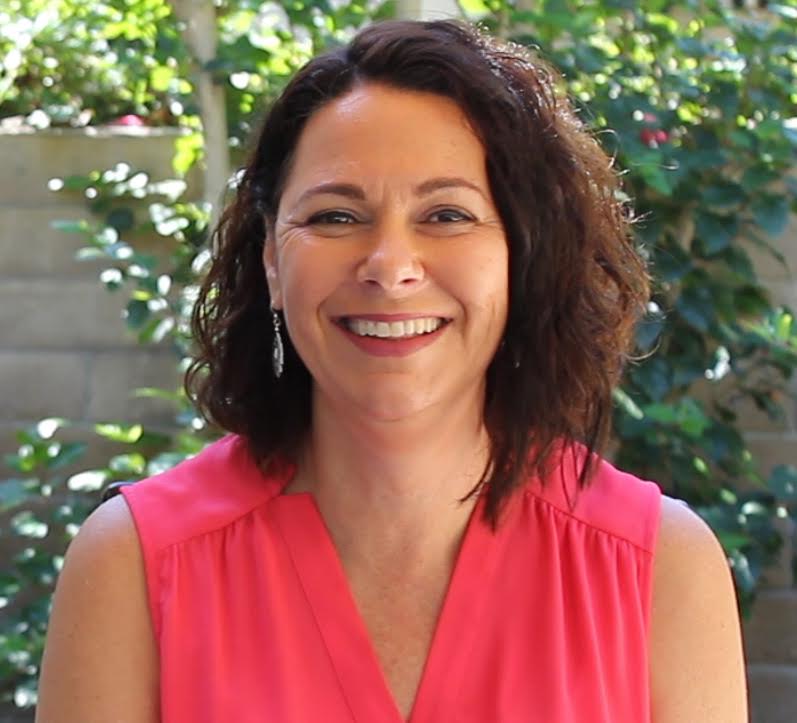 Karina Richland, M.A., is the author of the PRIDE Reading Program, a multisensory Orton-Gillingham reading, writing and comprehension curriculum that is available worldwide for parents, tutors, teachers and homeschoolers of struggling readers. Karina has an extensive background in working with students of all ages and various learning modalities. She has spent many years researching learning differences and differentiated teaching practices. You can reach her by email at info@pridereadingprogram.com or visit the website at www.pridereadingprogram.com
Share This: